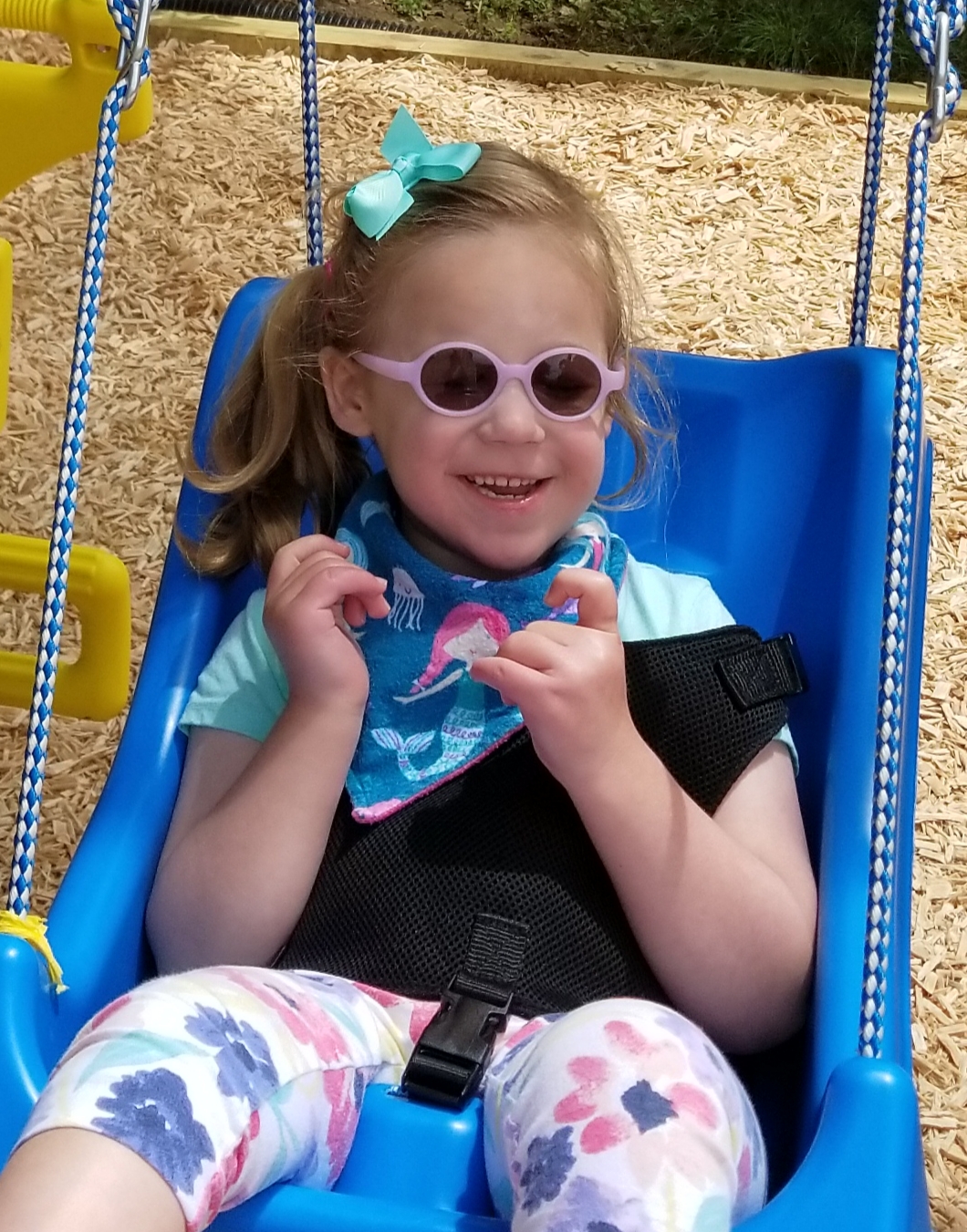 Has your child, or have you, had an experience related to childhood vision you would like to share?  Please consider writing about your or your child’s “vision journey”, and the influence in your life. Your story can be a powerful message to help others understand the importance of recognizing vision problems in their children, and encourage them to seek eye care as soon as possible if they are concerned.

Please write your story the way you’d like to! There are some questions here that may be useful reminders, but there is no need to include these to tell YOUR story. Thank you.

My heart broke thinking for the past 7 years she hadn’t seen things clearly – how did I miss that as her mother? Then the doctor explained to me that Zoe was born that way, and that what and how she saw, she thought was normal. Why would she think the trees would look any different than the blob she had always seen?  We also believe Zoe’s reading ability was hindered. As it was such a burden to see the text she gave up. In those early years where children learn to love reading, for Zoe it was a chore, rather than a pleasure.

Knowing what I know now about vision and the importance of good vision, I feel lucky to have had a pronounced version of amblyopia. Why you might ask? My condition was readily identifiable, and my parents sought the treatment needed when I was 3 years old. I participated in weekly vision training sessions and wore glasses until I was 12 years old.

I asked my husband, “Do you see her squinting?” In sharing this concern with Samantha’s pediatrician, we were referred to an ophthalmologist who diagnosed her with Hyperopia (far-sightedness), and prescribed eyeglasses. We sat at the kitchen table, put a pair of pink frames on a squirming, fussing 18-month-old Sam, and instantly saw a child go quiet and become enthralled with the book in front of her. Magic.

Or, if you have normative vision – Sight.

The day we put his new glasses on, I can’t express the difference in Josh. After a moment of surprise – he didn’t want them on at first – and then something clicked. He immediately began exploring everything in a new way. I texted his TVI, “Not even joking it’s like a different baby in the house. He even pointed to the bag that held his glasses – the first time he’s pointed at something. Ever. He’s smiling huge smiles and making eye contact, lots of happy eye contact. His eyes are smiling. I’m seriously going to cry. He’s joyous. I never realized that he didn’t smile with his eyes. He’s smiling with big, happy, smiling eyes!!!!!!!! And he’s laughing and squealing.”

When my son Javi was born with a brain bleed, I knew that he was going to have some complications, but I had no idea that one consequence would be impaired vision. I knew that all babies don’t see very well at first, and their eyes do funny things when they are born, but I noticed it a lot with him. I noticed he wasn’t focusing very much but thought, he’s a brand new baby and it will fix itself. I knew his development would be delayed because he was premature but when he turned four months, his primary doctor told me that he was not tracking at all and that even with his slight developmental delay due to prematurity, he should have had some sort of vision going on, but he had none.

Boston Public School teacher was concerned about her kindergarten student. Emma had been having difficulty in the classroom, including attention issues, bumping into things, and trouble interacting with other students. The teacher thought perhaps there was a problem with her vision and recommended that she have a comprehensive eye exam. Dr. Johnson provided the exam and determined that Emma was
exceedingly nearsighted. As soon as Dr. Johnson fit her with new prescription glasses, Emma looked up and exclaimed, “Hi, Dr. Johnson!” She then returned to her classroom and proceeded to say hello to each of her classmates; children she was able to see clearly for the first time.

At two years old, when Sophia was just learning to talk, she pointed to her eye and told her mother, “eye broken.” Despite the fact that most children with vision problems are unaware of what normal sight is Sophia’s story is remarkable in that she recognized that she had a problem with her vision, and reported it to her mother. Her mom took her to Dr. Quinn, a pediatric optometrist, who diagnosed her with farsightedness and astigmatism in both eyes and prescribed eyeglasses. “Sophia could have developed amblyopia, a loss of vision that is difficult to treat as the child grows older. But with glasses, her vision has been able to develop normally. She loves her glasses now.”

A t a vocational high school in northern Massachusetts, a 17-year-old student received a comprehensive eye exam at school, on the New England Eye On-Sight mobile vision clinic. He was diagnosed with amblyopia, a condition that is more difficult to treat as children grow older. It can cause blindness in one eye; in fact, it is the leading cause of blindness in people under age 45. “I always knew I had a vision problem,” he said. He had been telling his parents about his difficulty seeing, and asking to have his vision checked, since he was three years old.

When Glenn Focht was in elementary school, he always had to sit in the front row of the classroom in order to see what the teacher wrote on the board. When he failed a vision test in school, he was not surprised. Glenn came from a family with limited financial resources and he knew his parents would not be able to afford glasses for him. As Glenn states, it was not that his parents were neglectful, but, as with many families today, their situation was difficult at the time. By eighth grade, he had saved enough money and was able to pay for a comprehensive eye exam and purchase his own eyeglasses.

When Lelia was four months old, her parents and pediatrician noticed that her eyes were crossing. Upon referral to a pediatric ophthalmologist, she was prescribed an eye patch, to cover her stronger eye, and glasses. “As parents, we knew something was wrong right away when there was slight crossing. Because she is a twin we always have a direct comparison,” says her mom, Rachael. When the children started becoming more aware of their surroundings, twin sister Juniper became engaged with her entire environment while Lelia was only interested in objects that were directly in front of her. Her parents had difficulty determining what Lelia could and could not see. Lelia seemed to engage with what was close by her and with only one eye. As an infant, she was prescribed eyeglasses of different strengths, but eye surgery would wait until she was two years old.